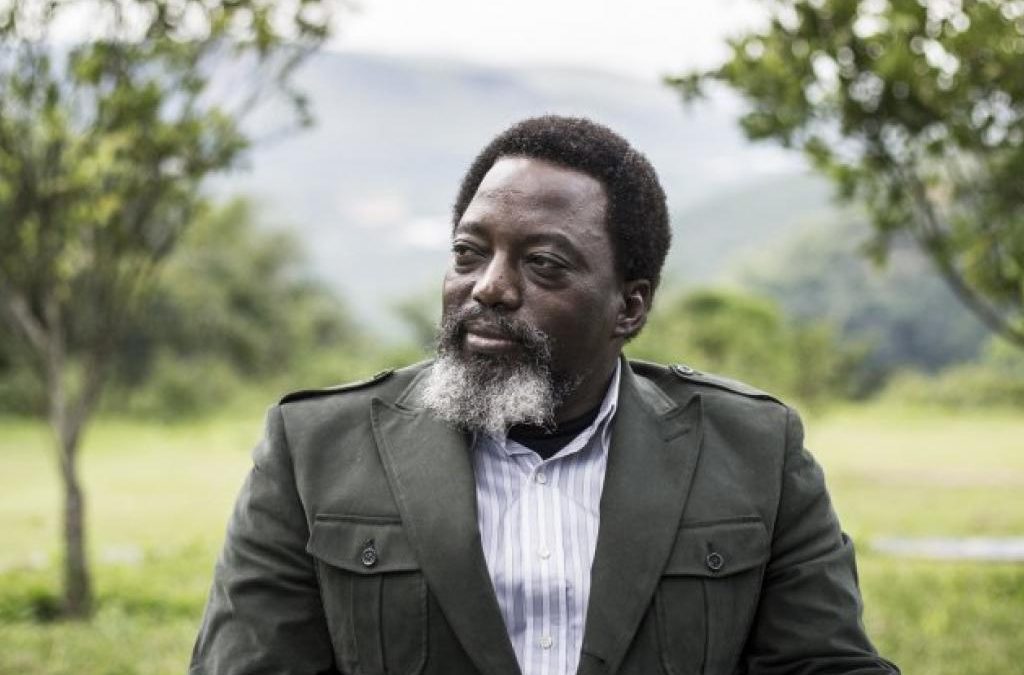 The denunciation of Bishop Pascal MUKUNA against the Honorary President of the Democratic Republic of the Congo, Joseph KABILA, and members of his political and biological families: Clarification by the Honorable Jean-Pierre TSHIMANGA.

I. State of the question

1-For several months, Mr. Pascal MUKUNA, bishop of the Church “Assembly Chrétienne de Kinshasa “(ACK) and President of the movement called” Awakening
Patriotic ”, fiercely, lightly and casually holds words of hatred, demonization, defamation and slanderous accusations against the honorary President of the Democratic Republic of Congo and members of his families political and biological. Much more, both in his preachings to the Church and in the media, and particularly on social networks, Mr. Pascal MUKUNA, illustrated with insulting, xenophobic and insurgent language.

2-On May 07, 2020, Mr. Pascal MUKUNA deposited a denunciation to the meeting of the Honorary President of the Republic, Mr. Joseph KABILA, with of the Attorney General at the Constitutional Court. In this denunciation, he lists 10 (ten) files, including reports of massacres, assassinations and mass graves, which would be the responsibility of the former Head of State, Moral Authority of FCC, and requests that he be heard and prosecuted for the crimes committed under his
diet. 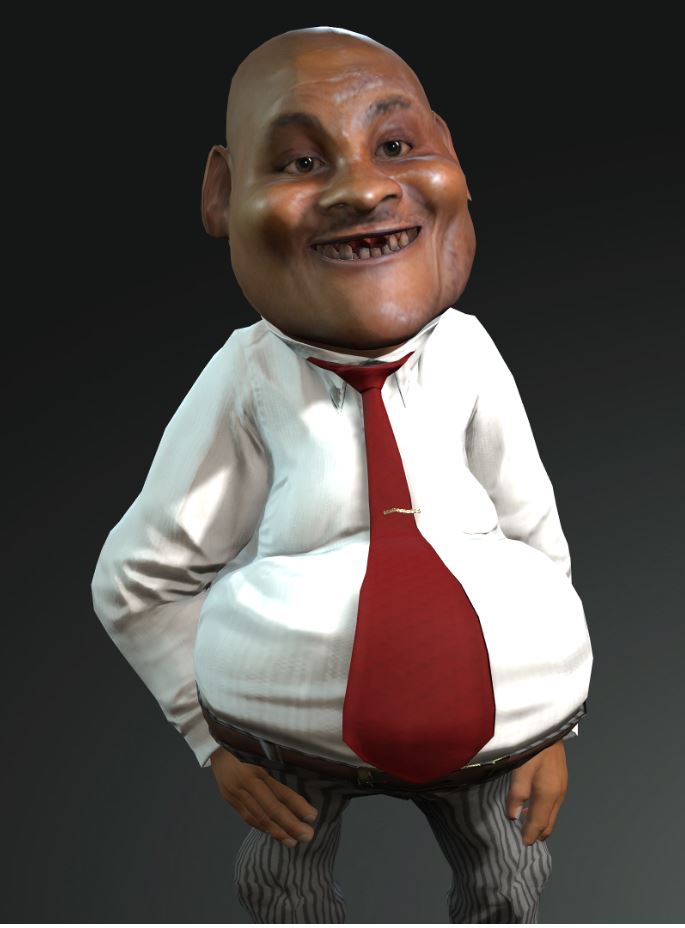 3-A few days before the filing of the said information, there was a controversy around of a sex video tape, which has also toured social networks, involving the bishop Pascal MUKUNA that was show in the middle of sexual intercourse with a woman in a car. These images divided Congolese public opinion into two blocks. On the one hand, there are those who think that this video would be a disastrous montage put in place by people wanting to silence Bishop Pascal MUKUNA on his revelations about crimes committed by Joseph KABILA KABANGE during his presidential terms.
On the other hand, however, there are people who believe that the sextape is not a montage. That’s why the fallen man of God would have made his whistleblowing for the purpose of diverting public opinion on the sex scandal implicating him. This denunciation would be nothing more than a simple diversion.

4-One day after the filing of the information, Madame Mamie TSHIBOLA, wife of NKANTSHIA MILONGO, a former collaborator of Bishop Pascal MUKUNA, filed with the General Prosecutor’s Office at the Kinshasa / Gombe Court of Appeal, a complaint against Bishop Pascal MUKUNA for rape, unlawful detention and death threats. According to complainant, bishop Pascal MUKUNA forced her to have sex with him to recover the certificate of registration of a plot of her late husband. According to her, the last two sexual relations she had with him were under the threat of a weapon.

5- The beating of Bishop Pascal MUKUNA against the Honorary President of the Democratic Republic of Congo, Joseph KABILA, as well as the denunciation that he
filed against him with the Prosecutor General at the Constitutional Court surprise some opinion given that this man of God was hitherto considered an ally or even a close friend of the former President and his families political and biological. There is no need to remind the public of the videos of the bishop’s sermons throwing flowers at Joseph KABILA, craftsman of democratic changeover. He even campaigned for the FCC candidate, Monsieur Emmanuel RAMAZANI SHADARY, in the 2018 presidential election. It is clear that for many Congolese compatriots the immorality, inconsistency and versatility of Bishop Pascal MUKUNA ruins the credit for his words and his actions against the former Head of State.

6-Much more, the remarks made by the same bishop Pascal MUKUNA immediately after the deposit of his denunciation also surprises when he implores the implication of United States and Europe. One thing is to go to a national court, a another is to go to foreign authorities. Electa una via. We can’t both pretend to trust the institutions of his country, and at the same time appeal to foreign institutions without letting an ounce of distrust hover over the former.
This inconsistency sheds light both on the ulterior purpose of the process and on unconsciousness notorious of the man who embarks on an adventure in the troubled waters of politics.

7-All things considered, the denunciation of Bishop Pascal MUKUNA annoys the provisions not only of Article 164 of the Constitution which makes the Court
constitutional criminal judge of the President of the Republic and the Prime Minister for a certain type of political offense but also articles 7 and 8 of the statute law
of the former Presidents of the Republic elected on July 26, 2018. If according to article 7 supra, Tout ’Any former President of the Republic elected enjoys the immunity of criminal prosecution for acts committed in the exercise of their functions ”, Article 8 of the same law provides that: ’’ For acts performed outside the exercise of his functions, the prosecutions against any former President of the Republic elected are subject to a two-thirds majority vote of the members of the two chambers of the Parliament meeting in Congress following the procedure provided for in its Rules of Procedure interior ’’. In the present case, and with regard to the provisions praised above, the former Chef of the State Joseph KABILA is deemed unassailable in court for all the acts committed in the performance of their duties.

8-It should be noted that as much the founding fathers of the United States are honored and considered by the whole American nation as heroes while under their
different mandates slavery has not been abolished, attesting as much as necessary that human work is never perfect; as much Joseph KABILA should be honored by the Congolese nation for what he bequeathed to future generations without his work is not as perfect. That it is not in vain to remember that when he took power, the DRC was divided into three parts; and when he left, the country was well unified. AT its assets, we can cite among others the Sun City agreements which had the merit of end the partition of the country and have resulted in the exercise of powers under the formula 1 + 4; the Constitution of February 18, 2006, a work of compromise and balance, which governs the Congolese state to date; the three election cycles and; finally, the first civilized transfer of powers between an outgoing President and his successor.

9-This is an opportunity to salute the eminently patriotic position of the current Head of the State, His Excellency Félix-Antoine TSHISEKEDI TSHILOMBO, who has,
first, and at the start of its mandate, recognized, in all humility and responsibility, that his predecessor had the expertise required to manage the files of the Republic; so it was with him that he would resort to soaking up tips and tricks of the function. Then, he qualified it as a partner of democratic changeover and never stopped, in front of the knowledge of the actors of the national and international life, as well to defend their governing coalition but also to consult it quite often. Finally, to preserve the peace and balance of dearly acquired institutions, he chose not to poke around the past.

10-Bishop MUKUNA’s approach must overcome three major obstacles to be credible. It is first and foremost about its own image; then the relevance, the consistency and adequacy of its claims and; finally, the declared objectives and not attorneys of his business. As for the image of Bishop Pascal MUKUNA, this one
is sufficiently tarnished. So he’s a fickle, versatile, immoral man of God, incoherent and unconscious which acts by being visibly at bay. As for his allegations, they are completely unfounded and are not based on any evidence, even that they are misdirected. Regarding motivation, man is looking for a redemption. Servant of the last hour, he wanted to use and abuse the tribal fiber to get closer to the current President of the Republic. He is now at discovered because its modus operandi is known.

11-The flip side of his new notoriety, which will certainly expose him to judicial business. In addition to the complaint of Mrs. Mamie TSHIBOLA mentioned above, it is not excluded that her sister who was also a victim of forced sex with the same bishop Pascal MUKUNA, under threat of a weapon in the same office, could also seize justice. It will be the same for Mr. Noel TSHIANI, former 2018 presidential candidate, who was the victim of a scam on behalf of Bishop Pascal MUKUNA. Many more victims of this man will come forward.

12-Until then, silence which constitutes the only attitude displayed by the Honorary President of the Republic, Joseph KABILA KABANGE, as well as by the members of his political and biological families, shows a mark of confidence towards the institutions of the DRC, and in particular prosecution, courts and tribunals. It’s time that all these people who have been exposed to public contempt and whose honor has been unjustly injured can appeal as of right. Without a doubt, Bishop Pascal MUKUNA will be found guilty of harmful charges within the meaning of article 74 of the Congolese Penal Code for all the words of hatred, demonization and defamation which he made against the Honorary President of the Republic, Joseph KABILA, and members of its biological and biological families.

13-As for the patriotic awakening, it is a noble enterprise that cannot be entrusted to unworthy people. It is up to the worthy daughters and sons of the country to take care of it. Hence the appeal is patriotic to political, cultural, sporting and other leaders to provide political education to the masses. We must raise awareness and raise awareness populations on the global and vital challenges of our common destiny as Congolese men and women, not stand against each other.

14.The ruling coalition, in this case FCC-CACH, should have coordination animated by true guardians of the strategy of power for this legislature. This is so this structure which would be responsible for designing, preparing, and developing lines of what to do in the event of threats. We must not lose sight of the fact that the movement of Bishop MUKUNA aims inter alia to destroy the FCC-CACH coalition and bring the members of the FCC to justice. In the face of such threats, one should not act in a dispersed order. scattered order. 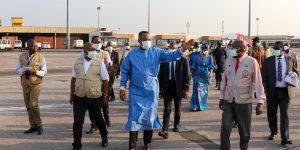 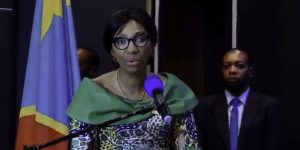 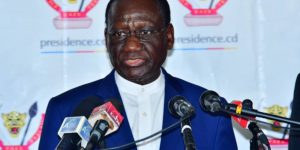 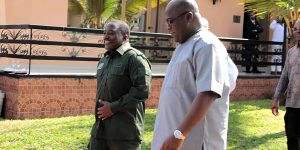 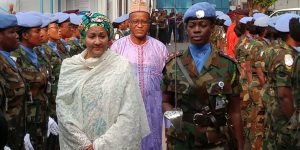 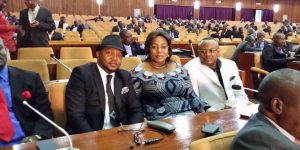 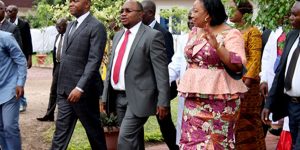 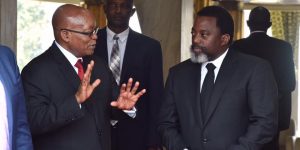 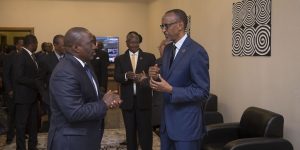 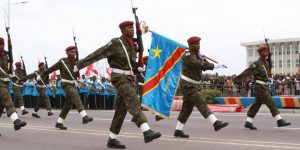 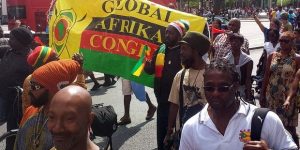 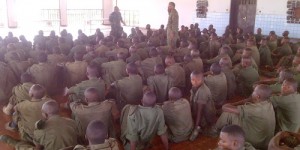